"A quantumÂ batteryÂ is a tiny, nano-size battery meant to be used for applications on the nano scale," explained U of A chemist Gabriel Hanna, who was principal investigator on the study. 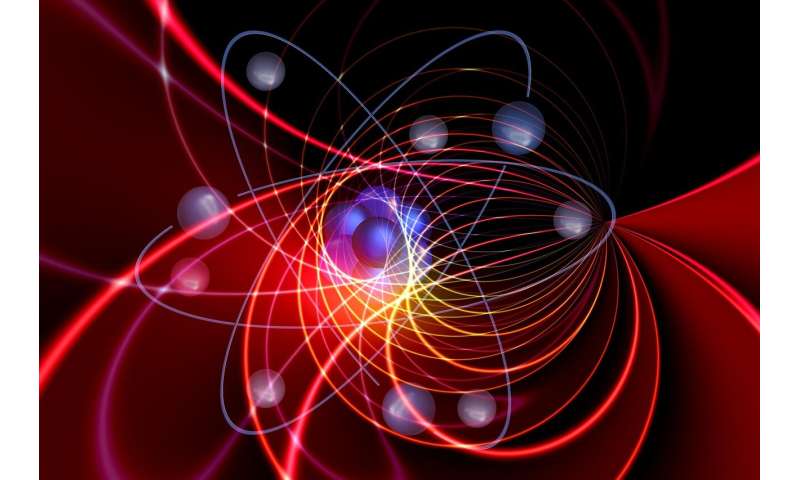 Scientists from the universities of Alberta and Toronto developed a blueprint for a new quantum battery that doesn't leak charge.

"A quantumÂ batteryÂ is a tiny, nano-size battery meant to be used for applications on the nano scale," explained U of A chemist Gabriel Hanna, who was principal investigator on the study.

He said the research provides a theoretical demonstration that creating a loss-freeÂ quantum batteryÂ is possibleâoffering an advantage over previously proposed quantum batteries.

He said the batteries may become an important component in many quantum devicesâable to power quantum computers, for exampleâand in practice, they could be built using current solid-state technologies.

To realize their idea, the research team considered an open quantum network model with high structural symmetry as a platform for storing excitonicÂ energyâenergy harnessed when an electron absorbs a sufficiently energetic photon of light. Using this model, they showed it is possible to store energy without any loss, despite being open to an environment.

"The key is to prepare this quantum network in what is called a dark state," explained Hanna. "While in a dark state, the network cannot exchange energy with its environment. In essence, the system becomes immune to all environmental influences. This means that the battery is highly robust to energy losses."

Using this model, the researchers also suggested a general method of discharging the stored energy from the battery upon demand that involves breaking the structural symmetry of theÂ networkÂ in a controlled way.

Future research will explore viable ways of charging and discharging the battery, as well as ways of scaling it up for use in practical applications.

Possible Values of Wave 4-Vector of a Photon

A quantum battery is a theoretical construct that could charge faster than conventional chemistry. This future technology involves taking qubits to a higher energy state, and lowering this state as a battery discharges. Therefore it should be possible to store energy for future use this way. That said, what is a quantum battery and would it be any use at all outside of a laboratory?

But is a Quantum Battery Really Possible?

We donât know yet, because a qubit is just something in a personâs mind at the moment. However, the first step, presumably, should be describing what it does. Scientists at Toronto and Alberta Universities have attempted to do so and published a paper in July 2019.

AÂ quantumÂ battery of qubits would not use electro-chemistry, they say. So how would a quantum battery work? It would be utterly different, the scientists say. Thatâs because it would harness the power of excitonicÂ energyÂ instead, whereby an electron absorbs charged photons of light. Moreover, it would be âhighly robust to energy lossesâ since it is in a âdark stateâ insulated from surroundings.

Could This Idea Ever Actually Get to Market?

Skeptics probably asked the question about lithium batteries once. Gaston Planteâs wife may have even asked what are you doing with lead and acid in the kitchen. The team from Toronto and Alberta Universities believe the battery would be able to absorb and release energy.

The fact that they donât know how to achieve this does not necessarily mean it is impossible though. Some scientific discoveries are bursts of invention, although most are the result of hard work following a defined goal. Therefore the scientists are probably right to ask what a quantum battery is first. We need to know where we are going before we can claim to have a destination.